In today’s world, the saying “the early bird gets the worm” seems to have more meaning than ever. This is especially true in the business of today. For example, with self-driving cars a not too distant reality, just about every major tech company and auto manufacturer is pouring insane amounts of capital into research so they can reap the benefits of being first to a new space.

Now if you are a chemical company and you want to produce a new chemical in order to gain an edge over your competition, in order to bring the product to market quickly, wouldn’t it be beneficial to avoid the lengthy air permitting process for such a chemical?

Two weeks ago today, our Principal, Kevin Moin, P.E., had the pleasure of presenting about such a topic at the 4C Health Safety and Environmental Conferencein San Antonio, Texas. This was not his first time as the 4C team, led by Steve Probst, runs the premier conference that brings together HSE professionals from around the country every year.

The conference is jam-packed with training courses and presentations from the leaders in our space. These courses include topics like stack testing, optical gas imaging, and leak detection and repair (LDAR), to name a few. Kevin’s training course covered the Essentials of Flexible Air Permitting for Chemical Plants

Air permits are chemical-specific evaluations. If you start producing a new product or if you alter an existing formulation, you will need to obtain a new air authorization for that chemical. However, what if you’re a company that is constantly adding new chemicals and altering existing formulas? The air authorization process, which can take several months in some cases, would be a significant hi 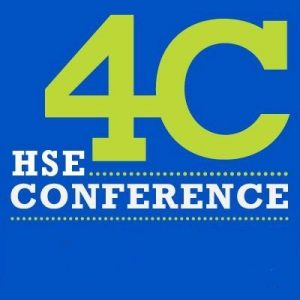 This is where building an appropriate flexibility clause into your NSR air permit comes into play, a concept that was pioneered in part by RECES. In essence,  you are building flexibility to add or modify chemicals into your air permit, while still not adding emissions to your overall Potential To Emit (PTE), and meeting the criteria established by local, state, and federal agencies while allowing for the timely authorization of your chemicals.

This flexibility clause allows for the self-authorization of new chemicals according to established agency guidelines given that the facility will not exceed its established PTE. Of course, if there is a change in operations or additional throughput then an amendment to the permit may be required.

An example of flexible air permits in our experience comes from one of our clients who held several New Source Review (NSR) air permits and dozens of Permits by Rule (PBR) at a specific facility. Each time there was a need to authorize a new product or chemical, a new PBR was obtained which also added to their overall PTE. They were concerned as they were approaching the Major Source threshold, which would make them a Title V facility.

The RECES team was called in to consolidate all of their permits and authorizations into one permit with a Chemical Flexibility Clause built in. As stated above, this allowed for the self-authorization of chemicals in a streamlined process.Through this consolidation, a new overall PTE was established which allowed the client to avoid becoming a major source.

If you have any questions, comments, or would like us to go into further detail on anything discussed, please feel free to contact Kevin Moin, P.E. by email at kmoin@reces-llc.com or by phone at (281) 529-5087.

Together we can maintain the competitive edge of your business!

If you would like to view the slides used in Kevin’s 4C Training Course, they can be viewed on SlideSharehere.